The Precarious Future of Wild Hops of the American West

It was a blistering day in Arizona when the order came down.

Wild hop researchers Taylan Morcol and Katherine Easterling had just finished setting up camp on Mt. Lemmon near Tucson when the campground host came by and told them to leave. A wildfire was coming. The mountain was being evacuated.

The danger wasn’t yet critical, and the pair didn’t want to go away empty-handed. They made a quick detour, collected some hop samples, and were off the mountain within a couple of hours.

After one of the hottest Junes on record for the Tucson area, the Burro Fire of 2017 scorched more than 27,000 acres of the Santa Catalina Mountains. For Morcol and Easterling, it was the second time that season their plans to gather wild hops were interrupted by wildfires.

So why go to all that trouble for a handful of cones, leaves and stems, and why of all places, Arizona?

The mountains of southern Arizona and New Mexico are the southern end of the native range for humulus lupulus neomexicanus, the wild hop of the American West. Here in Arizona, they are scarce and isolated, often hidden away in remote locations at high elevations. Chances are you’ll never see one unless you know where to look.

That makes these hops especially interesting to Paul Matthews, senior researcher with the global hop grower Hopsteiner. “Hop breeders have always used wild resources,” he says. “It’s the basis of hop breeding and diversification that’s been going on for 150 years.”

Two years ago, Matthews began sending teams to the Southwest as part of Hopsteiner’s quest to collect, study and preserve wild hops around the world. The traits he’s looking for in the DNA of neomexicanus include new flavors, new aromas, and disease and drought resistance. If you want to breed hops that can thrive in a hotter and drier future because of climate change, then the neomexicanus of Arizona are a good place to start.

With long slender leaves, the state’s native hops more closely resemble hemp or marijuana than they do their broad-leafed Eurasian cousins, says Matthews. These hops are designed for cooling, better able to handle intense sun and hot temperatures. Having sequenced neomexicanus, he believes they have pinpointed the DNA that influences drought resistance.

But there’s a catch. While neomexicanus shows promise in breeding future drought-resistant hops, they may not be adapting fast enough to survive climate change in Arizona. When U.S. Department of Agriculture scientists surveyed wild hops here 10 years ago, the plants were missing in about half the locations where they were previously found.

Morcol, who returned to Mt. Lemmon a few weeks after the fires, tracked down the largest known population of neomexicanus in the Santa Catalinas.

“There were maybe no more than 10 plants there,” he says.

Which is why Matthews started this project in Arizona, to preserve the state’s neomexicanus before they disappear in the wild.

“They’re rare gems, and they may not always be there,” he says. “It’s about the future of the crop.”

Head south on Highway 83, and you’ll rise 1,000 feet into a landscape that looks nothing like the cacti-studded deserts surrounding Phoenix and Tucson. This is a region of sweeping grasslands, deer and antelope, ranches and wineries, and a hopyard.

Mel and Tom Pyle settled near the town of Elgin with the dream of opening a brewery and growing hops. They heard from skeptics who told them they were too far south to be hop farmers. Mel carefully studied the seasons of the sun, the winds and the monsoons. The skeptics, she decided, were full of it.

They built a trellis, planted hops, added a three-barrel brew system, a tasting room and dubbed it the Copper Hop Ranch and Microbrewery. Three years later, the Pyles tend to more than 2,500 bines on roughly an acre. That includes a section dedicated to neomexicanus.

What the Pyles learned from cultivating wild hops is that the plants have a mind of their own. The neos, as Mel calls them, “Like to be left alone. They do not like to be disturbed.”

Perhaps it’s because of their wild origins that the neomexicanus have a slightly unpredictable palate. Generally tropical and citrusy, Mel says the flavors vary from year to year. Last season, she says, they were more spicy and lemony. The Pyles set aside their neos for a special single malt, single hop brew they call Neo-SMASH.

Trying to Preserve the Wild Hops

Mel is also worried about the future of Arizona’s neomexicanus. She and Tom repatriated some of their rhizomes back into the wild to help preserve the species. They’re seeking funding for a greenhouse where they can grow neomexicanus starters for their hopyard and return more to their native territory. They’re also reaching out to universities and researchers to collaborate on the science.

“There is something special about what you can create with that hop,” Mel says. “It’s not like any other beer. It’s fresh. It has the Arizona feel. It’s wild. It’s got an untamed aspect to it that’s unlike all the others.”

Arizona’s craft beer industry is booming. The Brewers Association reports 96 craft breweries in the state, more than double from six years ago. Together, the association says the breweries generate a billion dollars in economic impact every year.

But almost none of the hops and barley used to make those beers are grown here, a situation that many of the state’s craft brewers would love to see change. Among them, is Ten Fifty-Five Brewing in Tucson.

“We’d do it again in a heartbeat,” says JP Vyborny of the beer he and partner Chris Squires made with all Arizona-grown barley and hops. Released on a February 14th, they named it Valentine, A Love Letter to Arizona.

Vyborny and Squires were friends before they were business partners, often cooking meals together and discussing where their food came from.

“That fed our development as brewers,” Squires says. “We started asking ourselves those questions. Why can’t we make a beer that a farmer has grown here?”

An Appreciation for Local Ingredients

The barley for Valentine was grown in the nearby town of Marana and malted at a distillery in Tucson. The hops were all wild-picked neomexicanus. Friends of Vyborny had bines on their property up in the mountains. One day they showed up with several large garbage bags filled with cones.

Valentine’s complex flavors of wheat, grass and citrus surprised and delighted customers. It sold out quickly.

“Customers appreciate local,” Squires says, “and that starts a conversation. ‘You mean no one grows hops here, or they’re hard to find here?’ It starts people asking those questions, and that was the goal.”

After two seasons of collecting hops and dodging wildfires, Morcol is back at Lehman College, The City University of New York. His 100-plus collection of neomexicanus hops are in a greenhouse where he’ll begin a chemical study of the plants.

Matthews and others spent part of this year picking neomexicanus in Colorado and Utah. They just completed a three-year study of wild hops in the country of Georgia, and recently began hunting in Kazakhstan. They hope to expand into Russia.

Eventually, everything they gather enters the USDA Germplasm System and becomes public, available to any researcher, breeder, grower and even homebrewers.

“We’re anxious to use these hops,” Matthews says, “But we realize they’re a national resource.”

The Precarious Future of Wild Hops of the American West was last modified: August 29th, 2018 by Dennis Newman 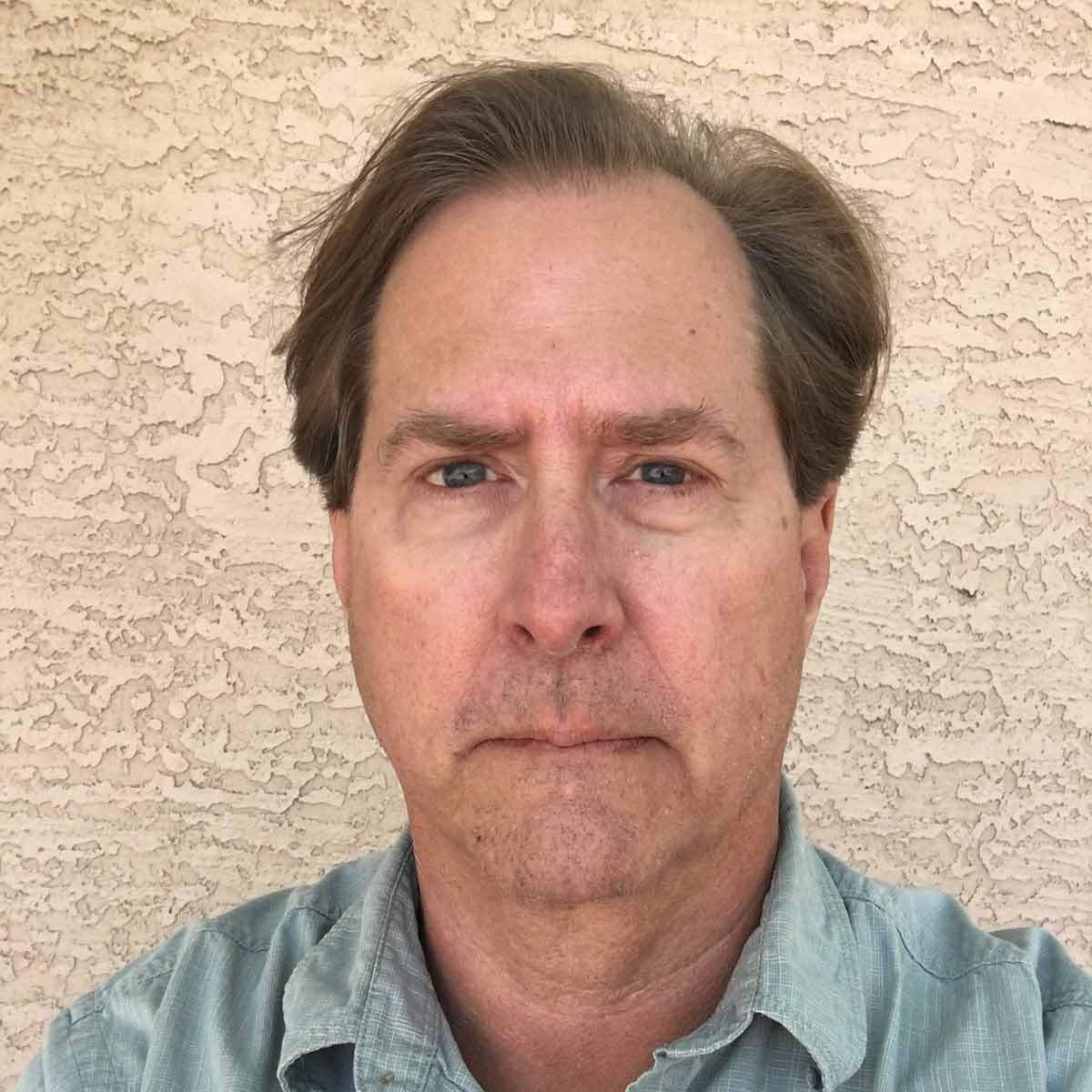 Dennis Newman is a freelance writer in Tucson, Arizona, who's written extensively about craft beer, farming and conservation. His craft beer experience includes Rogue Ales and Spirits of Oregon where he produced the quarterly Rogue Farms Crop Report. He and his wife love living in the Sonoran desert where they can look out ever day at the mountains and are regularly visited by coyotes, bobcats, deer and quail.