Science Behind the Beer Koozie

Ah, the trusty beer koozie (a.k.a. beer cooler, can hugger, coolie). Almost every beer lover has several stashed away in a drawer, holding memories of past beer fests, favorite brands or beercation destinations.

You might think it’s there to protect your hands from being uncomfortably cold. Perhaps you see it as a way to stop the heat in your hands from warming up the beer. Or maybe you use it to keep a slippery beer can in place when water drops accumulate on the surface.

(READ: The Science Behind Beer Foam)

However, those drops actually have a much more sinister effect.

Believe it or not, those very drops can push your beer’s temperature to the point that it no longer tastes how the brewer intended. Yes, you read that correctly. Despite beer having a makeup of roughly 95 percent water, a few seemingly innocent drops are Summertime Public Enemy No. 1.

To fully grasp (pun intended) the science behind this concept, let’s take a step back and first look at the can hugger in your hand.

You already know this can insulator goes by many names: coolie, cozy, qoozie, coastie, or my personal favorite stubby holder. (If you are calling it a stubby holder, chances are you are in Australia, where the 375 mL beer was called a stubby because it was the short and squat bottle compared to the larger 750 mL version.)

The word “koozie” itself is actually a registered brand and the company has successfully argued in court to continue to own its trademark. 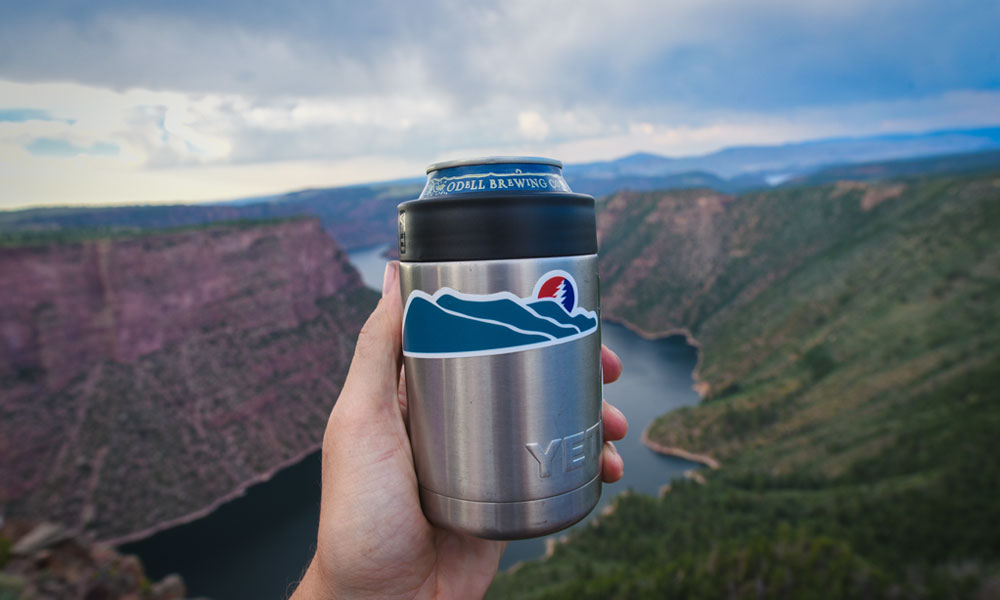 Christine Fleek from Grandstand Glassware + Apparel says that much like Kleenex, Chapstick and Taser, the name koozie is basically synonymous with the product. Her company can create just about any color, style, size or design and Christine has seen the market continue to expand as different sizes and types of containers continue to hit the craft beer market.

“The most popular are the plain old collapsible can koozie for the 12 oz. can and the 64 oz. Growler koozie. We sell tons of those for keeping the beer cool while transporting it home,” she explains. “Usually, the material is basically scuba foam for the cans/bottles and neoprene for the growlers because it is a heavier fabric and more able to accommodate the weight of a full growler.”

She tells us that beer coolies are still popular because they fill two big needs.

“The koozie is a hybrid of marketing and beer gear necessity. Most of our customers use them as giveaways for tap take overs, sales launches into new territories to reinforce their brands as well as retail items. Warmer weather customers in the Southern states sell the heck out of them just because it is useful beer gear in high heat. Crowler koozies are definitely the next wave, with the popularity of this growler fill method.”

It’s clear that this beverage insulator has a long history and a long future to boot.

And although there are plenty of reasons to throw on a koozie, we can all agree that trying to keep a beer at a desirable temperature is the reason for most of them. There aren’t many people who crave a lukewarm beer on a hot summer day.

By temperature alone, you could argue that a warmer beer just isn’t as refreshing. But there is far more science involved than just the temperature. Jessica Miller from Reformation Brewery explains how temperature affects the taste of your brew both from a can and when served in a glass.

“Too cold is a problem and too warm is a problem,” Miller explains. “A frozen glass or just above frozen can mute some of the flavors and aromas the brewer intended. Too warm and you risk oxidizing the beer, which gives off that cardboard flavor or metallic flavor.”

Further, to give yourself a fighting chance during your outdoor drinking, the beer has to be stored and chilled properly from the beginning.

“Storing beer at around 38 degrees is ideal. The beer is going to come to temperature quickly, especially if it’s served from a can. A cooler with ice bath conditions generally provides the best environment to get canned beer within the right starting temperature range on a hot day,” Miller says.

But again, it’s less about starting temperature, and more about the temperature the beer attains by the time you get around to drinking it. Not only can off-flavors develop, but the delivery system for the unaffected flavor compounds can go haywire as well.

(READ: What’s Wrong With My Beer?)

“Unless a beer is brewed as a real ale and cask conditioned, the typical consumer is going to expect that characteristic bite that comes from carbon dioxide bubbles exploding on the palate,” Miller tells us. “As beer warms, it also loses carbonation. A flat beer isn’t likely going to meet expectations.”

Each particular style of beer has an ideal temperature that combines the need for refreshing cool temperatures, with the need for the aromatic compounds to start jumping off the beer as it warms. You can find out the best serving temperature ranges for specific beer styles in the CraftBeer.com Beer Style Guide.

While it’s abundantly clear big, boozy beers are best at warmer temperatures, it is difficult to control this with cans in an outdoor environment.

As Miller reminds us all, “Nobody has a cooler out there that we know of that has different temperatures.” If someone reading this invents such a thing, you owe Reformation Brewery a perfectly chilled beer or two. 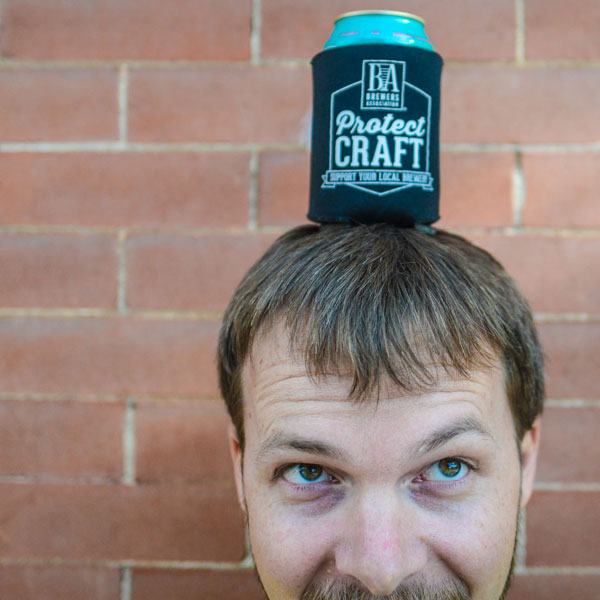 When the beer can is cold, and you want it to come up in temperature a bit, why bother with a beer coolie at all?

Although better grip, comfortable hands, extra insulation from the outside temperatures and slowing heat transfer from your hands to the beer are all factors, the beer coolie’s most important job is to stop water droplets from forming on the can when you’re enjoying a beer in high humidity air. Each and every drop that forms adds heat into the can. This process is known as latent heat (or more specifically condensational warming), and although it seems mysterious, chances are good that you are already familiar with the opposite scientific process.

Step out of a pool on a hot summer day, and you feel cold. This evaporational cooling is the latent heat loss from the liquid water evaporating into water vapor gas. When water vapor condenses back into a liquid, it creates a similar amount of heat. But you don’t have to take my word for it.

Dr. Dale Durran is a professor of Atmospheric Sciences at the University of Washington in Seattle. With a National Science Foundation (NSF) grant, he and his colleagues did a study published in Physics Today entitled, “Condensation, atmospheric motion, and cold beer” to help analyze the real world impacts of latent heat by focusing on this small beer can example. (And before anyone starts writing their senators about the use of NSF funding, Dr. Durran was quick to point out that this was a small educational piece that required almost no funding compared to the high-level research needed with the rest of that grant.) Here’s what you should understand about latent heat.

“It takes energy to raise the temperature of beer, water or any chunk of matter. Water changes from solid (ice) to liquid, to vapor (gas) as bonds between molecules are broken. Ice has water molecules bonded to six others to make a roughly hexagonal crystal. As the bonds are broken, the ice melts and once all bonds are broken, the liquid evaporates. The energy that goes into breaking such bonds is ‘latent heat.’ Breaking or reforming bonds is reversible. It takes heat to boil away water, and when water vapor condenses back to liquid, that same amount of heat is liberated,” he explains. “Also there is a lot of energy required to break bonds and evaporate water. Compare the time to bring a pot of water to boiling to that required to actually evaporate that water.”

(READ: Are You Programmed to Hate Hoppy Beers?)

If you think about that boiling water example, and the amount of heat required to do so, it’s how those condensing water drops can add a significant amount of heat back into your beer. It all comes down to how much heat we are talking about.

“On a hot, humid day, a can of your favorite cold beverage quickly becomes covered with condensation,” explains Dr. Durran.

Condensation may not sound like much water, but if your drink comes in a 12 oz aluminum can, and a layer of water drops condense onto its surface measuring 0.1-mm thick, that’s actually 2.9 grams of water.

Dr. Durran goes on to explain that the latent heat process on even that seemingly small amount of water is powerful enough to raise water temperature by approximately 8.8 degrees Fahrenheit. 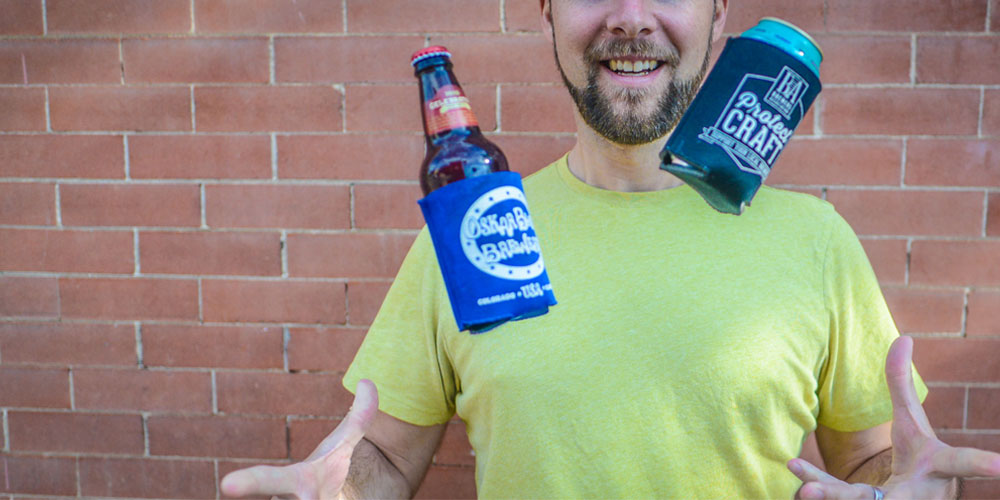 To make matters worse, if the temperature outside is any warmer than the mid 60s, and the relative humidity is over 60 percent (which is almost all the time in the summer in the South), then the amount of heat your beer gains because of the water drops far exceeds the amount of heat gained by just the air temperature being hot. The hotter and more humid it gets outside, the worse these conditions get.

Dr. Durran found that if you take a can into some of the near world record relative humidity levels near the Persian Gulf and the Red Sea for only five minutes, the water condensing on the aluminum would warm the beer by as much as 16 degrees. Add to that the heat coming off your hand, and the heat transfer from the air temperature being hot, and you better be a really fast drinker.

(BEER TRAVEL: 7 Breweries Worth a Detour)

To stop all of that added heat, all you need is a simple can coozie. In Dr. Durran’s scientific terms, “It keeps water vapor from condensing on the can. The surface of the koozie is above the dew point.” That means water can’t form on the outside of the koozie, and it certainly won’t form on the can inside the koozie. It takes latent heat out of the equation.

So the next time you’re planning on taking a can outside, go into that koozie drawer, grab your favorite of the bunch. It’ll protect your beer from latent heat and condensational heating by keeping the water on the inside of the can instead of the outside.

Science Behind the Beer Koozie was last modified: October 18th, 2017 by Mark Elliot 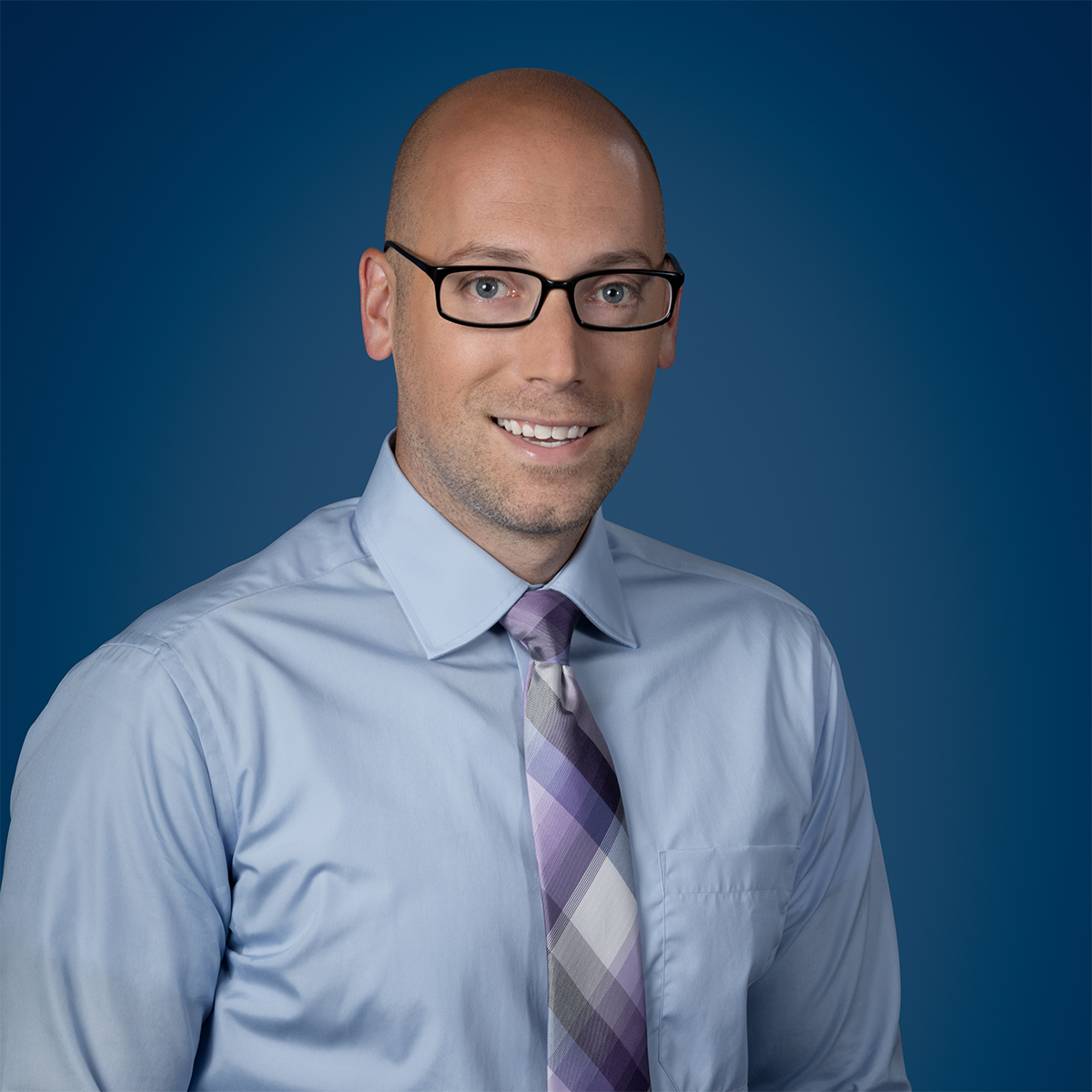