Beer and chili has become a hearty, cold weather combination. The flavor and mouthfeel of a good, strong beer works perfectly with the intense spiciness of chili. Conventional wisdom says that we enjoy a nice hoppy beer with our chili because it helps us deal with the spicy heat, not to mention the pure enjoyment of the bitter flavors of the hops.

Well, it turns out that we might not be as right as we think.

I spoke with Dr. Nicole Garneau, PhD, curator and department chair of the Department of Health Sciences at the Denver Museum of Nature & Science, about beer, hops, bitterness and spicy foods in an effort to understand the science behind why we enjoy beer with chili. Garneau, a taste scientist, explained to me that the heat from spicy foods is caused by capsaicin, which makes you feel the heat by attaching itself to your taste buds and inner mouth. The only way to neutralize the pain and irritation is to get them out of your mouth, but there’s one big problem: capsaicin isn’t water soluble.

Instead, it is fat-soluble, meaning you need to wash your mouth out with something fatty, like milk, to help get rid of the pain sensation. On the other hand, alcohol is an irritant, meaning that it will likely only make the sensation more intense. So, while beer doesn’t help reduce the pain from chili peppers, it is an excellent option for those looking for a more intense spiciness.

What’s even stranger is that the core flavor component of hops, which is generally known just as “bitterness,” isn’t a natural taste that we should (evolutionarily speaking) enjoy.

Bitterness seemingly developed as a taste profile during humankind’s hunter-gatherer period, to help detect potentially dangerous or poisonous foods in the wild. We are naturally wired to avoid bitter flavors. So how are there millions of people who love coffee, dark chocolate and beer?

Garneau puts forward one primary reason for this apparent contradiction – it’s a learned response. We enjoy bitter foods as a social activity, drinking beer or coffee with those around us and attaching enjoyment to it that is fundamentally based on those we share the food or drink with.

Over time, this has developed into a near-worldwide intense passion for hoppy, bitter beers, and especially their pairing with chili that we have all come to know and love – it’s just so good.

I decided to run an experiment to find out why, despite the apparent scientific contradiction, this combination is so perfect.

Using an ancient and time-honored recipe (cribbed primarily off of Binging with Babish’s website and a few tricks of my own), I made two batches of chili, one made using beer as an ingredient, and another without.

Then, when eating this chili (with copious amounts of rice, sour cream, and cheddar cheese), I paired both chilies with the same beer that was used in cooking.

This whole experiment was conducted with advisement from Garneau, who gave me endless advice, such as to remind me to “make sure the water content matched between the two batches,” something she repeated numerous times. You can tell the scientific integrity of chili is of crucial importance for her.

The purpose of this experiment was to see how the chili’s flavor profiles changed when made both with beer and without beer, all while still being paired with the selfsame beer.

The beer chosen for this prestigious testing was Two Roads’ Honeyspot Road IPA, selected because it was the hoppiest, citrusy-est IPA I could find.

Looking at my notes for the dish, which was written with a pen in my off hand as I shoveled hot chili into my mouth while occasionally making intense, guttural noises of satisfaction, I concluded the following:

The chili made with beer didn’t seem to have any hoppy or bitter flavors, seemingly having been completely eradicated in the cooking process.

The chili made with only chicken stock, rather than beer, had a creamier, mellower flavor, which was overwhelmingly chicken-y, despite its beef content. At first tasting, I immediately labeled the chili with chicken stock as the most enjoyable.

Though all the bitter flavors from the hops and citrus notes from the beer itself were gone, the chili was simply more complex, more exciting and more enjoyable.

What really worked, however, was the beer pairing. Taking sips between bites of the chili resulted in a beautiful combination of bitter, hoppy citrus flavors co-mingling with the spiciness and overall umami flavor of the chili.

Garneau was indeed correct about capsaicin – the beer didn’t help suppress the heat. But it did add an additional kick to what was already delicious chili and it worked perfectly, especially as my local supermarket is sadly no longer selling Cascabel chilies. I was forced to double up on the Ancho chilies in my recipe, meaning that the overall spiciness was significantly reduced.

The taste of the beer, with its citrus-forward, bitter notes perfectly complemented the meal. This was mainly the case due to the use of copious amounts of high-quality cocoa powder and some brown sugar in the chili, creating a perfect blend of sweet and umami that, to my taste buds, worked beautifully with the musty, bright flavors of the beer.

Despite the insistence of science, beer still feels like the perfect accompaniment to chili. The flavors just work naturally and feel… right.

Garneau suggests that this is a sort of collective association due to fond memories of eating good chili and drinking bitter beer with it; we have spent so many centuries enjoying spicy foods and delicious beers that it just works.

When asked what type of beer I should go for if I couldn’t handle any kind of spiciness whatsoever, Garneau recommended a milk stout. When asked why, she simply said: “lactose is sugar, sugar has been shown to play a role in the central nervous system (brain) to reduce the perception of pain.”

Bitter hops and intense, beefy heat might not go together scientifically, but to a beer lover’s taste buds, they couldn’t be better friends. 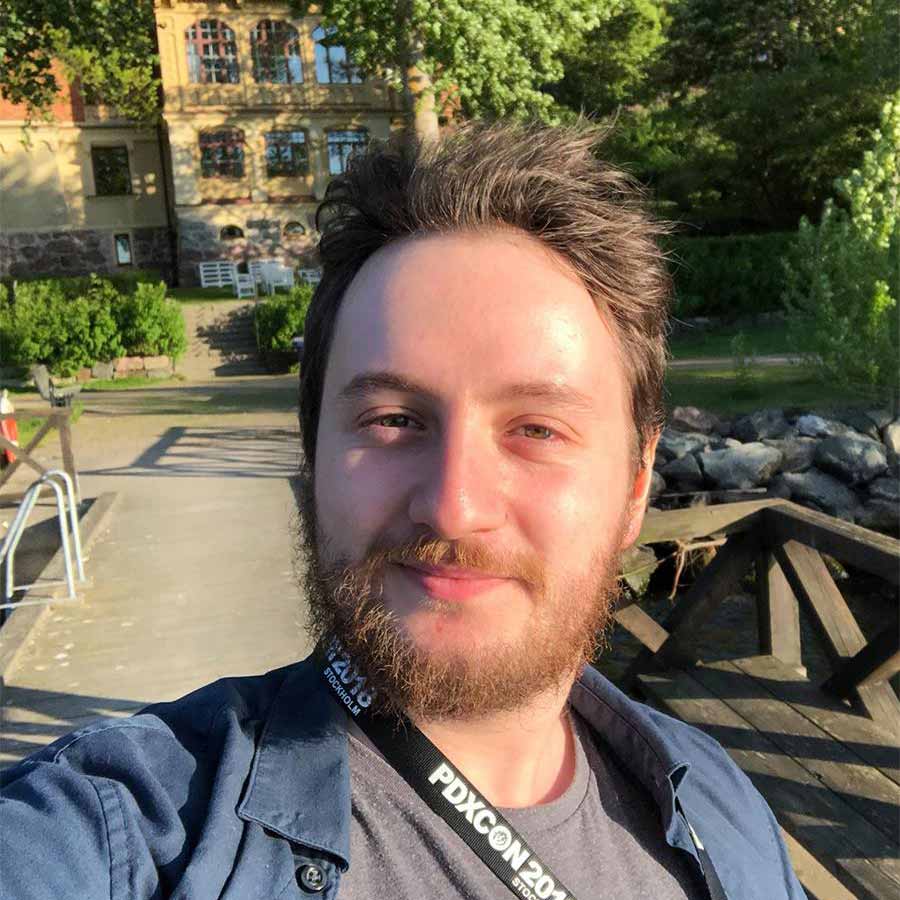 Sam is a writer from the UK with a strange fixation on making as many things from scratch as possible. Whether it's brewing beer or making hot sauce, Sam is determined to try and make everything, as well as writing or making videos about it as he goes.